Everything you need to know about the EU Tire Label

This is part one of an in-depth series written by the "tire guy", who writes more about tires @ toptirereview.com. 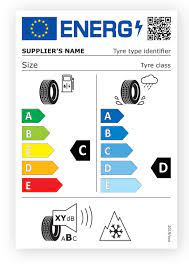 Since the introduction of mandatory EU tire labels in 2012, all tires have to carry a label informing the consumers how well the tire performs based on 3 key performance criteria. Prior to the EU tire labels, consumers mostly get to know how well the tire performs via a press test. However with the introduction of labels, consumers are able to clearly and quickly compare different tires at a glance of the product info. Before getting into the debate on whether wet braking, rolling resistance & exterior noise are worthy of a label status, let’s have a deep look at each performance criteria which is currently on the EU tire label.

The rolling resistance is defined as the energy loss per distance travelled by the vehicle due to nonelastic deformations of the tires and losses in the wheel suspension system. [Source]

The tire’s rolling resistance is primarily caused by hysteresis –> a fancy word describing an energy loss due to loading and unloading of rubber due to its viscoelasticity nature. The main parameter which is measured for tires is called the rolling resistance coefficient define as below

The most commonly used unit is N/kN whereby the resistance force is usually expressed in Newtons while the normal load is expressed in kilo Newton making this coefficient dimensionless. The values given in the EU label tables are also expressed in this same unit.

The table below shows the current rolling resistance coefficient values corresponding to its grade.

How to measure a tire’s rolling resistance?

There are many known methods in measuring rolling resistance but in this article we will focus on the most common way which is done through a drum test. The picture shows a drum setup from one of the biggest suppliers, MTS. The big drum in the middle is used to drive the tires while the force sensors are placed in the centre of the tire. 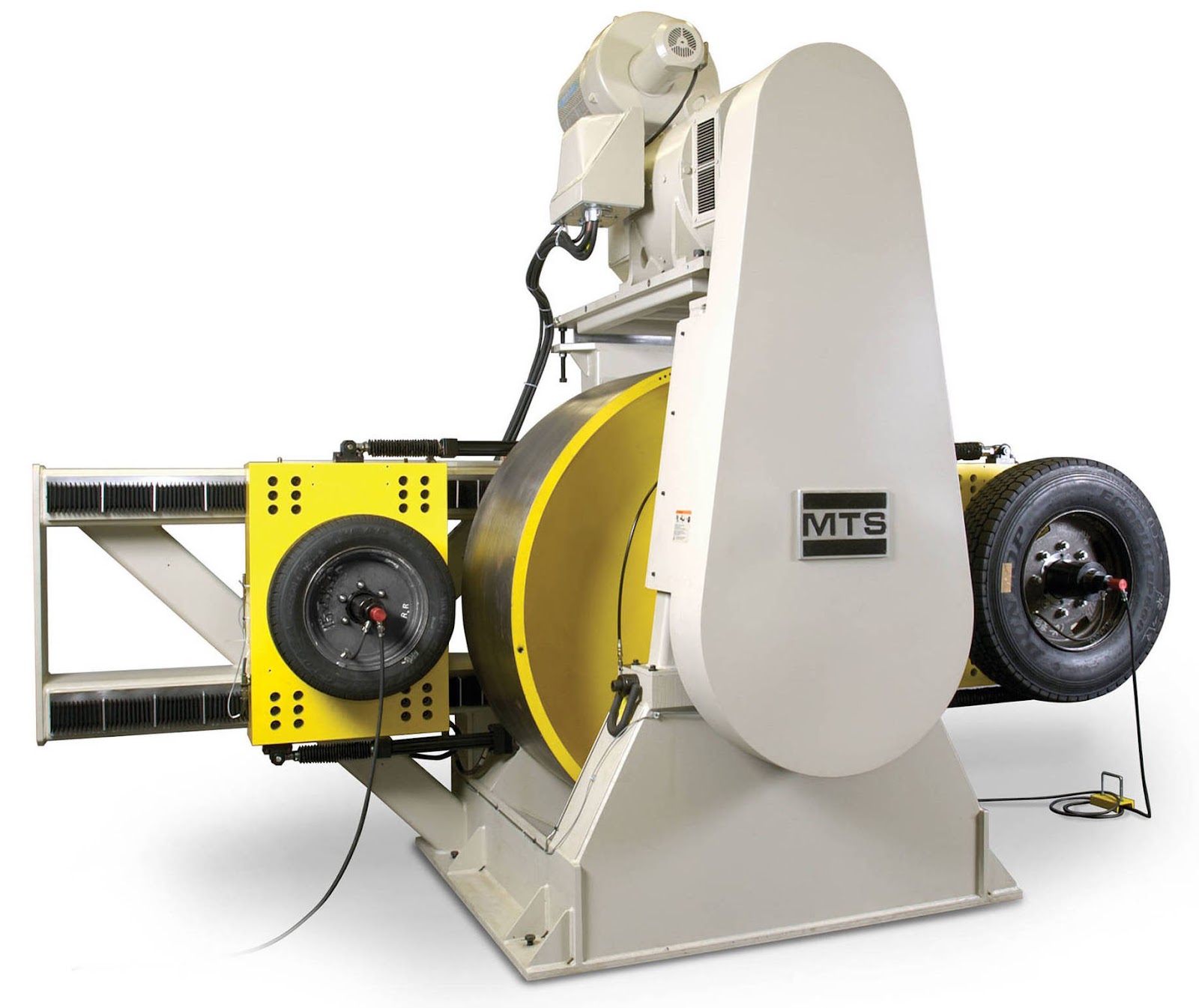 The underlying idea is quite simple. The machine will apply a load on the tire while it is being forced to turn by the drum. With a force sensor placed on the tire, you will be able to deduce the resistance force which the tire generates to prevent it from turning. The image below shows a clear force diagram to indicate the forces acting on the tire. As the tire reaches a steady state, the acceleration forces turns to 0 allowing a good accuracy of the rolling resistance to be achieved. 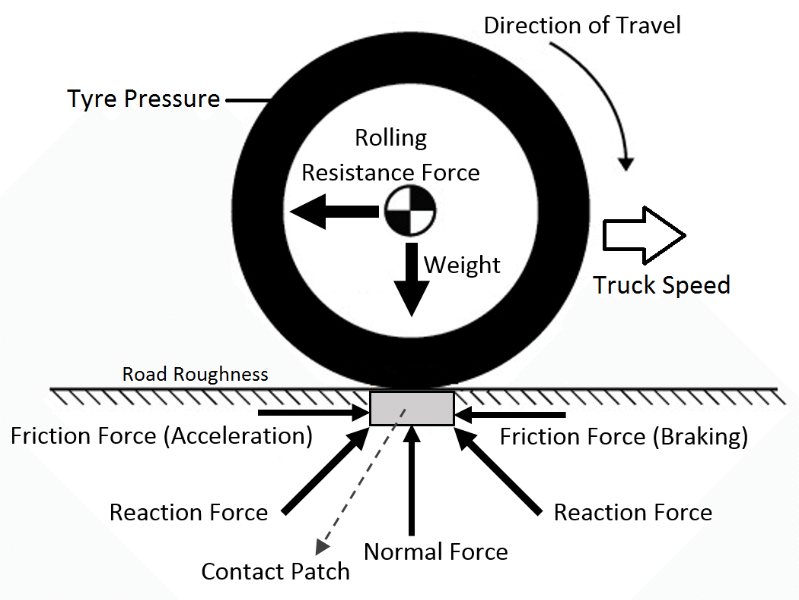 So why should we care?

The friction of coefficient of the tire/road dramatically decreases in wet roads compared to dry roads. Hence it is more likely to get into a road accident during wet conditions rather than on a sunny day. It was such an important safety topic that the EU label has wet braking as one of its three criteria. The current wet label is index is shown in the table below:

In plain words, there is a reference tire which everyone is testing their product against. Once the difference between this reference tire is known, you will be able to determine the wet grip index via the calculation above. The reference is a standard reference test tire, SRTT, which is currently produced by Michelin. Picture of SRTT is as below: 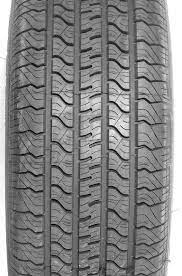 The correction factor C, is needed to compensate for temperature & track effects in the effort to standardise the test.

One might wonder why the evaluation is not done till 0 km/h or when the car comes to a halt. The reason is fairly simple. We want the test to have as little influence as possible from external factors. With the combination of ABS(antilock braking system) and EBD (Electronic Brakeforce Distribution) system, it was found that by evaluating till 5 km/h it reduces the error and it has been adopted for most of the magazine tests.

In regards to the testing itself, the car is fitted with an accelerometer sensor and all the driver needs to do is to slam on the brakes and collect the corresponding data.

In order to simulate real life wet situations, a water depth of 1.5 mm is implemented to ensure the tires are actually sliding on a reasonably wet surface. The water depth should be consistent throughout the track.

What is the difference? 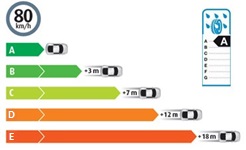 Overall, wet braking is a simple test procedure where it involves the measurement of the braking distance at 80km/h to 5 km/h. The wet label index is calculated by comparing the tire results against a universal reference, SRTT. The benefits of having a good wet braking tire can be clearly seen as an “A” label tire can out break a “E” label tire by 18 metres. 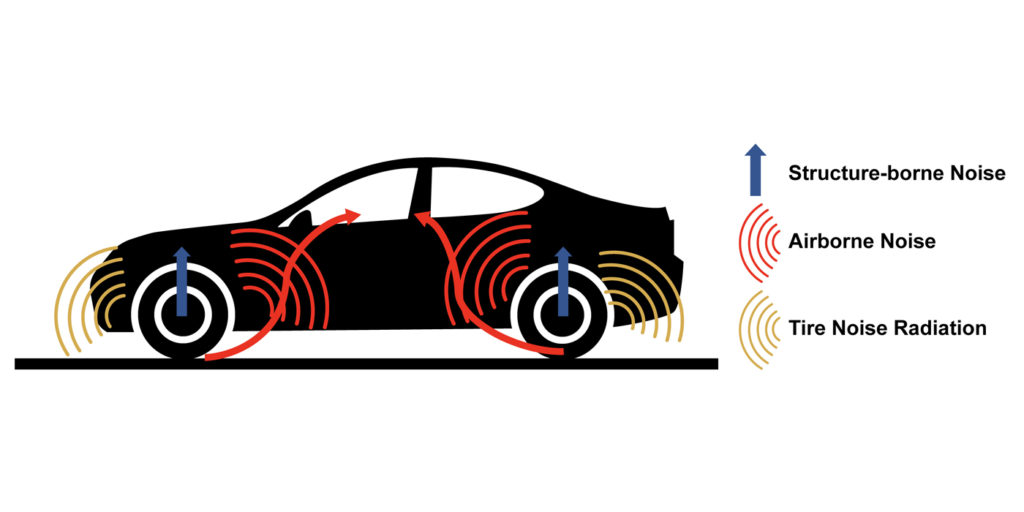 At first glance, not many people will equate noise coming from the car directly to the tire. Most of the time people are more fixated to the engine noise which dominates the surrounding sound wave. However as we move towards electrification, there will be no noise coming from the engine anymore and thus leaving the tire as the dominant noise source.

Most of the readers might be familiar with the sound wave labelling system from the EU label. Let’s take a look at what the corresponding limits mean:

To be clear, what the EU label is showing is the exterior noise. Hence from a consumer point of view, having a low exterior noise tire might not benefit you directly but collectively it should benefit the environment. If you fancy a quiet interior car noise, this label indicator is definitely not something you should rely on. From the table above, you notice that the A B C classes are defined separately based on the tire width. This reason is fairly simple, as the tire width increases, your contact area to the road surface also increases. This results in a higher frequency of air pumping resulting in a higher noise level. Subsequently a 275mm width tire has a +4 dB allowance more to hit label A compared to a 185mm width due to the same reasoning.

How do you measure exterior noise? 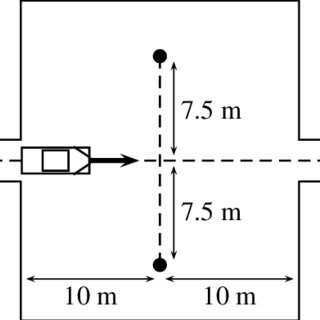 Pass by noise is one of the easiest things to measure. The picture above shows the ISO 362 standard of measuring pass by Noise. 2 microphone is placed 7.5m from the centre of the car while the car must roll with engine off & with a defined speed (80km/h) for at least 20m along the centerline of the microphone. The measurement is usually repeated 3-4 runs and the average is taken. One thing to note is that the test must be done in a dry condition as the wetness of the road surface affects the noise results. The road surface also plays a big part in the measurement and it should adhere to standards defined in ISO 362.

In the upcoming future, tire noise will play a major role in the overall contribution to vehicle noise. Important to note that the EU label noise category is about exterior noise. Key factors affecting the pass by noise test includes tire width, test surface, speed and also the wetness of the track.

4.0 Is the EU tire label a fair comparison?

As the tire label only shows the performance in wet braking, rolling resistance and exterior noise, there are some major performance criterias which are not included in the label. This resulted in an incomplete picture of the overall tire performance. Of course you could always check out tire-reviews.com to have the testing data of the tire but not everyone does their research before buying their tires. We will explore some of the key performances which are not in the EU label but are important enough to be considered as a label contender.

Mileage is certainly one of the key performance criteria that the consumers are aware of as they will notice the spending needs when it comes to replacing a new set of tires. However, testing mileage is extremely costly and time consuming. Not to mention it is really hard to find a standardised test which fits the tire manufacturers' proving ground as various factors influence tire wear. An alternative which has been adopted by America is the UTQG (Uniform tire Quality Grade) treadwear rating. The rating provides a rough indication of mileage as often there is a correlation between treadwear rating and actual tire life. The question we are asking is why wear is not included in the EU tire label? With the CO2 emission topic being a crucial factor in purchasing decisions, a tire with higher longevity would indirectly reduce the CO2 emission per km. The main challenge would be to find a standardised test which can be done quickly and consistently. A possible solution could be to have the wear test done entirely with a drum machine hence being able to produce a more consistent rating.

Aquaplaning is something that you do not think about until you need it. The obvious solution to tackle any aquaplaning problem is to slow down your vehicle. However if you are unable to do that, driving with good aquaplaning tires could be a great advantage. Unlike wear, aquaplaning is quite straightforward to test and has a great consistency. The main question still remains : is aquaplaning worth a spot on the EU tire label? Due to the ease of testing and safety usage, it would definitely be something to consider in the future iterations.

As you are driving most of the time in dry conditions, one might argue that from a usage point of view dry braking should be on the label rather than wet braking. Even though the coefficient of friction in dry braking is much higher than wet braking, the consumer ought to know how well the tire performs in its normal mode of operation. Testing would be fairly straightforward which is similar to the current wet braking standards. The main argument would be that consumers should not need to rely on test magazines just to know the tires main mode of braking.

Overall, the EU label which has been around since 2012 has provided users a quick way to compare different tires in the market. Even within the same product, the EU labels vary according to tire sizes, so one should always look into the specific size of choice rather than the product line up itself. It should also be noted that the EU tire labels are not perfect as they miss out some key performances such as wear, aquaplaning and dry.